At MyBuilder, we do a lot of user research. From guerrilla testing to working with research agencies such a Fluent Interaction, user research is an essential part of how we work. Our in-house usability testing set-up needed some work, though. Our team wasn’t able to view usability testing sessions while they were happening. This how we solved this problem with the tools that were available to us.

The advantages of as-it-happens viewing

At MyBuilder, we don’t have a custom-built usability testing lab. We’ve done in-house testing before. A moderator and a notetaker ran the session, which we recorded with Silverback. We’d then review the videos with the team. Unfortunately, the team couldn’t watch the sessions as they were happening.

This time around, we wanted to change that. We believe that as-it-happens viewing has two advantages. The first is that we reduce the time spent on usability testing. without sacrificing involvement from the team. Instead of running the session and reviewing it later, both happen at the same time.

We wanted to continue to record the session with Silverback. We often refer to the session videos when to review key issues the participants encountered. They’re also useful for people who weren’t there on the day.

We ran into some difficulty trying to combine recording with as-it-happens viewing. We couldn’t find a way to record the video and stream the desktop to the team. We looked into a few software solutions to solve the problem, but couldn’t get anything to work.

We realised that we could easily share the desktop using OS X’s built-in screen sharing capabilities. This allowed us to stream the desktop screen the participant was using in our meeting room to the rest of the team who were elsewhere in the office.

That left us with finding a way to share live video of the participant. In the end, we simply used Facetime. We set up an iPhone on the participant’s desk and sent the video to Facetime on the computer the team were viewing.

Our setup uses the following tools, all of which were already available to us:

In the end, this was our bare bones usability set-up: 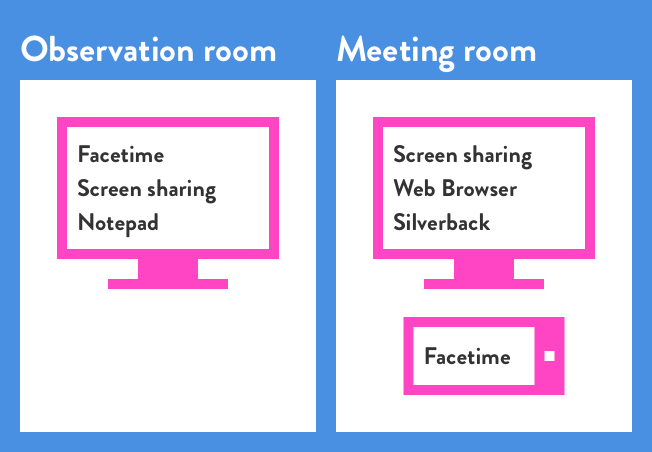 In the meeting room, this was the setup: 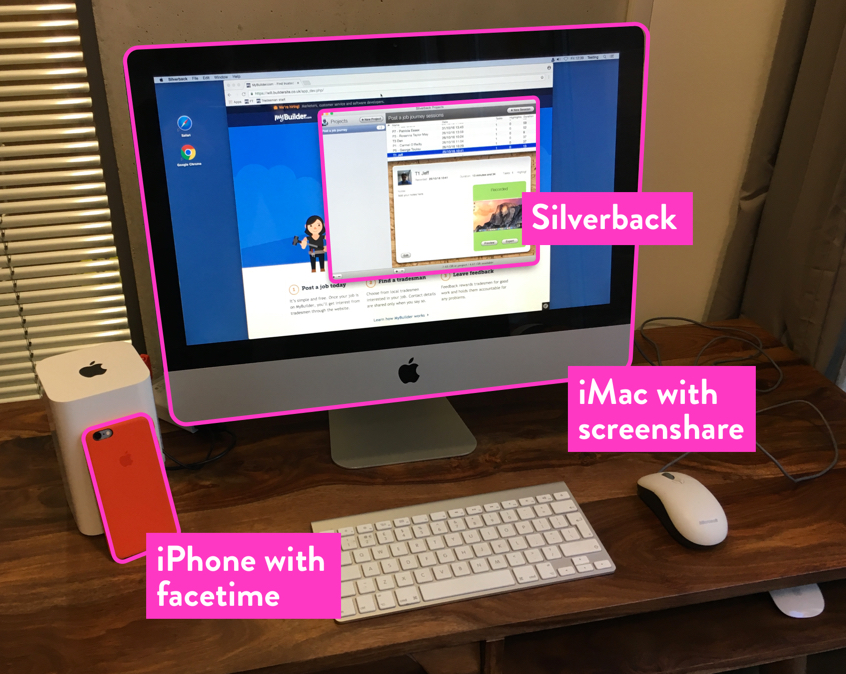 And this is what the team could see on their computer elsewhere in the office: 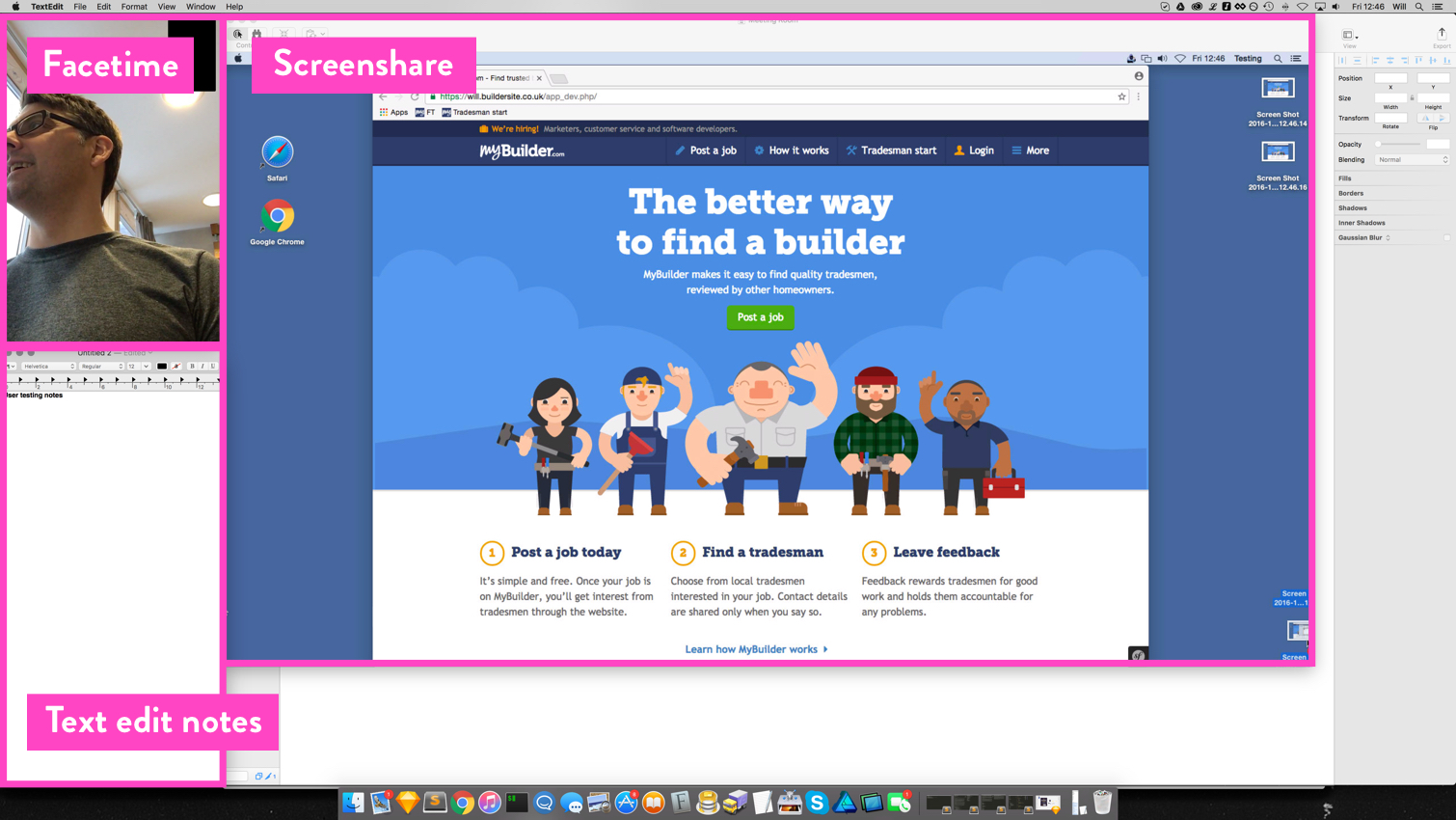 Things to look out for

We ran into a couple of issues that were easy to solve.

OS X’s screensharing allows you to control the mouse of the screen you’re sharing. The best solution was disconnecting the mouse from the team’s observation computer.

Don’t forget to mute Facetime (or turn the volume down on the phone in the meeting room). We forgot once. The disembodied voices coming from the phone confused the participant.

That’s pretty much it. This solution worked well for us. The team were able to take part in our usability testing sessions like never before. We were able to do much of the analysis while the sessions took place. For simpler issues, we often had a solution in mind before the end of the day. Of course, there were bigger issues that needed time (and a few more iterations) to solve. Nevertheless, this setup helped us improve the way we do usability testing. And it’s incredibly simple to get up and running.

If you try to set up your own bare bones usability lab or you’ve done something similar, we’d love to hear about it. Just let us know on twitter or by commenting on this post.