The first approach I took to achieving this end-goal was to apply a low-high ordering pattern. So as to make the process easier, I decided that initially sorting the jobs based on shortlist fee would alleviate us from any intensive comparison checks later on. I was then able to use a single pass through the list to create a result that guaranteed ‘as good of’ a low-high constraint applied as possible.

Upon reflection however, I did not feel that the resulting list looked ‘random’ enough, and over the weekend thought maybe incorporating a middle value would hinder a better outcome. I decided to try and implement such an approach in a more functional manner, thinking about the declarative steps that were required to create the result. I was able to break down the process into three seperate actions, as shown in the example below: 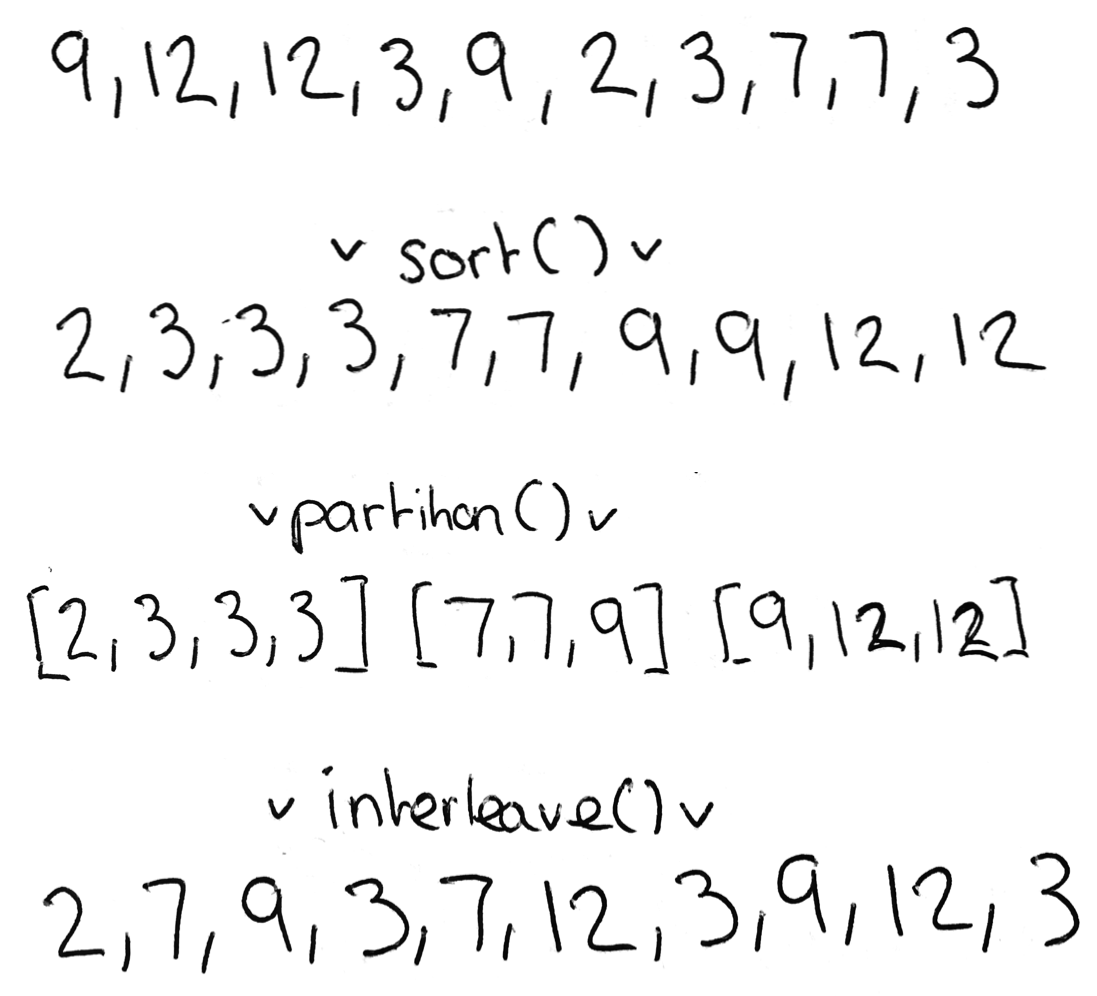 Unfortuantly PHP does not include the ability to partition or interleave arrays, so I created a couple of simple implementations to aid my solution.

With these helper functions now in our toolkit, I was able to easily express the problem we were trying to solve in the following implementation.

Following the sort present in the previous implementation, we then wish to partition the fees into three seperate chunks. With these chunks we then interleave the encompassing fees into the resulting listing. I feel the output generated from this function yielded a more aesthetically pleasing result and did not look as much of a pattern as the previous low-high solution. This could be due to the combination of not only a middle fee, but also where the fee is taken from. In the imperative low-high solution we always take the next lowest and highest fees, which can be very disjoint from one another and noticeable to someone browsing the list.